Travel By Train – Explore and Indulge in Europe’s Imperial Cities

Explore and Indulge in Europe’s Imperial Cities By Train

Our Imperial Cities holiday is a unique experience, combining the pleasures and treasures of central Europe with luxury rail travel. This outstanding train journey highlights the Habsburg cities of Prague, Budapest and Vienna – not forgetting the German gems of Berlin and Nuremberg to commence and conclude the tour.

Sightseeing, relaxing and indulging in the continent’s greatest imperial cities, Planet Rail travellers can immerse themselves in remarkable histories and captivating cultures.

Delightful local cuisine is guaranteed to satisfy food-lovers, while elegant hotels provide the perfect place to rest up after days spent exploring. Best of all, you needn’t worry about disruptions, traffic or queues; when you travel by First Class rail, you can sit back, relax and enjoy the journey.

Of course, despite the wonders of the railway, there’s more to this holiday than a train journey, however pleasant it may be! Our Imperial Cities tour showcases some of Europe’s most beautiful cities, offering a holiday of discovery and delight. Here are our recommendations to ensure you make the most of your trip, whether it’s a two-day city stay or a shorter visit.

While we fondly describe St. Pancras as the starting point of your holiday, on the Imperial Cities rail tour, Berlin is the true premiere. Steeped in European history, and brimming with impressive architecture and cultural attractions, there’s plenty to keep you busy on your morning in the German capital.

Choose from a range of landmarks including Potsdamer Platz, the Reichstag Building and the Brandenburg Gate. The Berlin Wall Memorial also tops the list of must-sees, along with the cathedral, which is regularly described as the most beautiful building in Berlin. For those wishing to make the most of the fresh air, a bike tour of the city is a great option, as is a visit to the zoological gardens.

Though your visit to Berlin is brief, you must find the time to sample some of its delicacies. Schnitzels and pretzels are both predictable yet delicious, washed down with a glass of Berliner Weisse or craft beer. And those with a sweet tooth are sure to enjoy a German donut – a Pfannkuchen – which interestingly means ‘pancake’ everywhere else in Germany.

Next stop on your rail journey is the beautiful city of Prague. Our tour features two full days in Prague, allowing plenty of time to for an authentic Czech experience. Of course if you have a specific requirement or variation you’d like to make to your itinerary, we’d be happy to oblige.

A rich heritage and strong sense of tradition makes Prague one of the most captivating cities in Europe. Best known for its Old Town and medieval Astronomical Clock – not forgetting the gothic churches and baroque architecture that punctuates its winding streets – Prague buzzes with historical delights. Be sure to dedicate time to enjoying the Old Town Square, the Charles Bridge and Prague Castle, fuelling yourself on authentic Czech cuisine like chlebíčky (little open sandwiches) and koláče (pastry filled with fruit, nuts and jam), all washed down perhaps with a glass of pivo.

But Czech’s capital isn’t just about impressive architecture and delightful food. With its art galleries, music halls and boutique shops, it’s the perfect place to indulge in the ‘higher end’ activities. For an extra special treat, shop for a Bohemian garnet in one of the city’s many jewellers, or visit the designer stores of Pařížská Street, a bourgeois avenue that was afforded the Parisian moniker in a nod towards its luxurious fashion brands.

Those who favour a leisurely stroll rather than retail therapy can make their way up to the castle district, and even try a Segway for added excitement. The evening can then be spent in one of the city’s many restaurants, sampling authentic local dishes along with your choice of locally produced beverages.

Budapest has been described as the ‘Little Paris of Middle Europe’, a title owed to its monuments, promenades, churches and castles, along with its numerous museums and galleries. This dynamic yet easy-going city is considered the perfect base for discovering much of Central Europe, being only two hours’ drive from Vienna or Bratislava, and a two-and-a-half-hour flight from London or Moscow. And it is this unique hub-like quality, that makes visiting Budapest by rail an unforgettable experience. 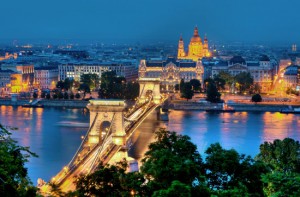 When travelling on our rail holiday, you’ll spend two full days exploring Budapest. Begin by casting yourself into the medieval excellence of its historic districts, visiting St. Stephen’s Basilica and the Fisherman’s Bastion. The tour of parliament is also a real favourite, along with an evening stroll along the river to enjoy the views of the Danube.

There are plenty of organised walking tours of the city, though many prefer to wander the cobbled streets at leisure. And when it’s time for a bite to eat, be sure to follow up your goulash or paprikás with a sweet Hungarian pastry, such as kürtőskalács.

Your next destination is Vienna, a two-day stay that is set to be filled with imperial views, cultural events, lively atmospheres… and of course great coffee and cake. 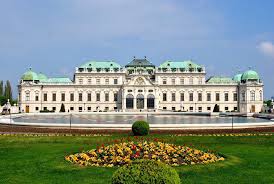 This Austrian cityscape is distinguished by its historical buildings, the baroque styling bringing with it a sense of magic. The Belvedere Palace is widely considered the most splendid of sights, along with Schönbrunn Palace, an 18th-century, 1,441-room palace that is one of the most significant monuments in the country.

Much of Vienna’s fame is owed to the composers that once resided there, including Mozart, Beethoven and Strauss. With that in mind, a trip to see the Vienna Philharmonic Orchestra is wholeheartedly recommended. The country’s artistic heritage can also be celebrated in a visit to the Museums Quartier Wien, where you can visit an exhibition of your choice before relaxing with a drink in the courtyards.

When it comes to eating and drinking, a visit to Vienna simply isn’t complete without a Wiener Schnitzel, Strudel or Vanillekipferl. We’ve also heard many good things about the local cocktail Hugo, a combination of Prosecco, elderflower syrup and sparkling water, finished with a squeeze of lime and a flourish of mint.

The Imperial Cities rail holiday culminates with a visit to Nuremberg, a Bavarian beauty that is characterised by its medieval walls and ancient castle. Considered an exhibition of German history in itself, Nuremberg is a vibrant and thought-provoking place that will conclude your European tour in style. 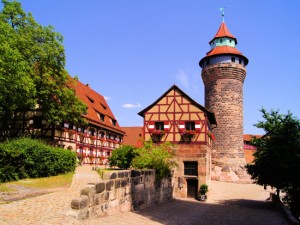 Spend the afternoon climbing up to the castle, visiting the St. Lorenz church, or popping into the German Railway Museum. If you’d rather sit back and relax, grab a coffee or a beer and enjoy the views from a café.

Central Europe boasts some of the most beautiful cities in the world, and when you holiday with us, you can experience these glorious landmarks without the drawbacks of transport and travel concerns, safe in the knowledge that everything has been taken care of.

Find out how you can explore Europe’s Imperial Cities by First Class Rail by calling a member of our team on 01347 825292.