The Sagrada Familia an unfinished masterpiece 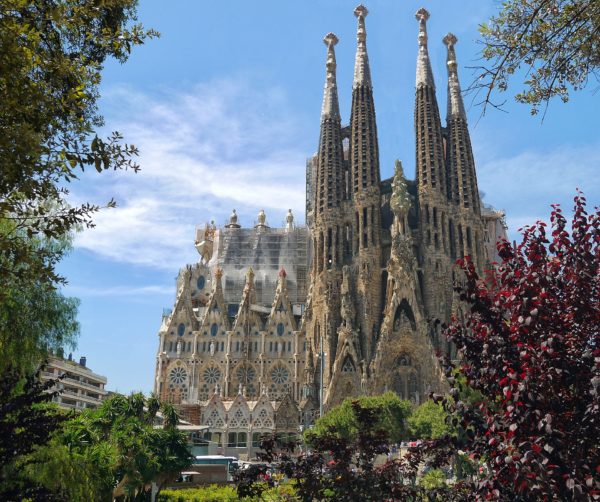 Dominating the centre of Barcelona sits an architectural masterpiece like no other. A structure that demands attention and a piece of work that would never be overlooked. The Sagrada Familia is a piece of architecture that is splendid in design, appearance and the unique fact that to this day this wonderful work is still unfinished. 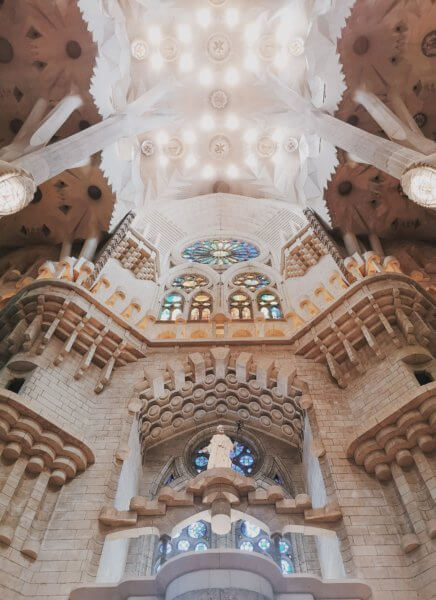 Famous all over the world and known for the outstanding architectural design that is the work of Antoni Gaudi, no one could have imagined that the architectural design ideas he took over in 1883 when the architect Francisco de Paula del Villar resigned would still be ongoing today. This is a working masterpiece of epic proportions in so many ways and on a scale that is both exciting and dramatic as it evolves to its completed point. 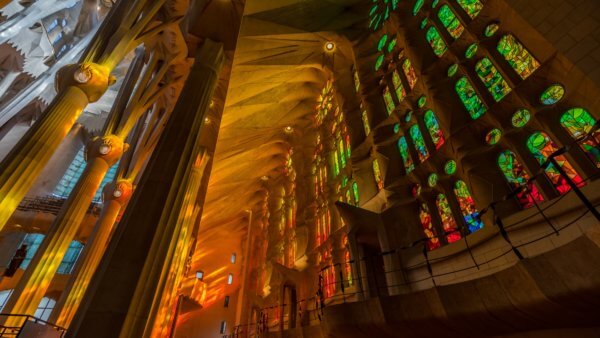 Catalan architect Antoni Gaudi worked on the Sagrada Familia from 1883 until his death in 1926. The unique style of this wonderful artist can be seen throughout the many pieces of architecture Gaudi worked on in Barcelona. His passion for design inspired by the fusion of Gothic and Art Nouveau creates an eclectic style instantly recognisable of Gaudi. Influential forms from nature and religion feature heavily in his use of shape, colour and form and these combined create a design aesthetic that is magical, mysterious and enticing. When Gaudi died in 1926 only a quarter of the Sagrada Familia was complete and it is hard to imagine that he could have envisaged the work to still be ongoing all these years later.

Devastatingly the Spanish Civil War had a dramatic effect on the progression of this masterpiece and fire and theft to the crypt meant that Gaudi’s original drawings, plans and plaster models were destroyed.

Painstakingly over 16 years architects and designers slowly pieced together the master models Gaudi had created to lead the project forward. Once developments in technology advanced the progression of building and design, development moved at a much quicker pace allowing for Gaudi’s vision to continue. By 2010 the Sagrada Familia was still only halfway through being completed. With spires to be added and biblical figures from the testament to be created it is hoped that by 2026, a century on from Gaudi’s death, the masterpiece he started will, at last, be finished.

When you take a moment to consider the time scale this work of art has evolved through it is impossible to contemplate that it will one day stand as a completed building, but it will, and the result will be even more incredible than what it is already. A Roman Catholic Minor Basilica the Sagrada Familia is rich in details both outside and in. Gaudi broke the rules when it came to mixing up the styles and this resulted in a piece of architecture that oozes drama and atmosphere. 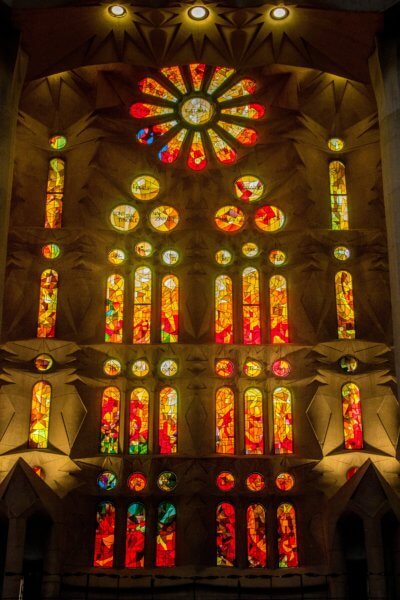 Externally, layer upon layer of carved details cascade. The statues and details are so skilfully made they look like they are peeling away from the building itself, bringing life to an ever-evolving façade. Internally the kaleidoscope of colour that pours over you as you enter is breathtaking and inspiring. The sheer scale and height of the arches, curves and statues that fill the space are overwhelming, yet at the same time beautifully calming and relaxing. 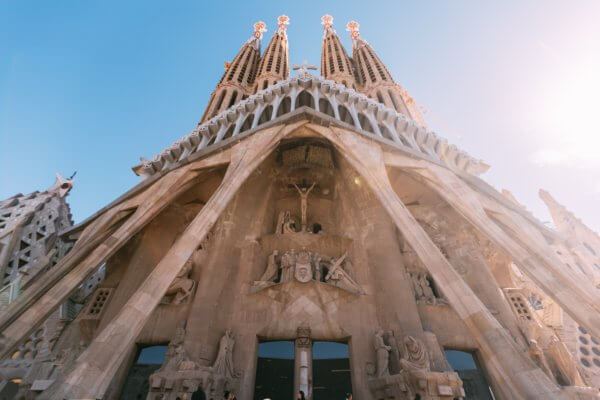 This is an architectural wonder that breathes history, stories and future excitement. For Gaudi, buried within the crypt within his unfished masterpiece, it will one day be the completed design he had always envisaged.