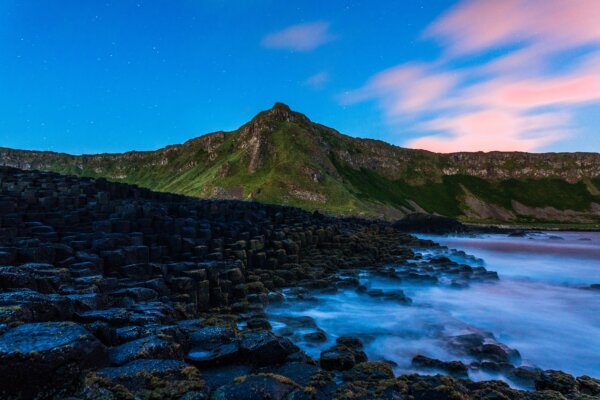 Nestled on the coast of Northern Ireland is a natural wonder so phenomenal it is at times difficult to believe that nature was its sole creator. One of the most spectacular natural wonders of the world the Giant’s Causeway in County Antrim is truly mesmerising and a sight that will leave you speechless.

Listed as one of the World Heritage Sites by UNESCO in 1986 the Giant’s Causeway provides a stunning landscape on the coastline and provides many unique habitats and breeding grounds for a vast range of animals and birds but what is it that makes this natural wonder so special? 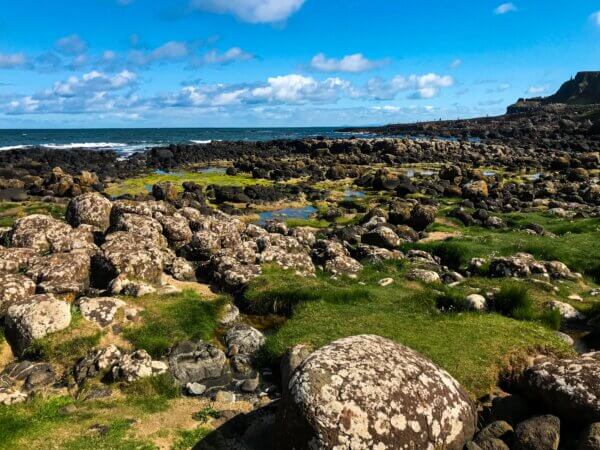 Formed over millions of years ago after intense volcanic fissure eruptions, the Giant’s Causeway is a unique formation of over 40,000 interlocking basalt columns. Delightfully rugged yet gracefully ordered covering a vast area of the Northern Irish coastline. Stretching from the cliffs down into and under the sea, the striking stepping stone-like appearance of these columns is what makes this landscape so intriguing.

Some of the columns reach up to 12 metres in the air and each and every one is completely unique. Formed with mostly hexagonal sides but not always these columns are like no other structure, they are deeply captivating and provide many questions and thoughts and a sensory experience amongst the beauty of the Irish coastline.

According to legend, the causeway was built by a giant. The story includes the Irish giant Fionn Mac Cumhaill and the Scottish giant Benandonner who challenged Fionn to a fight. Fionn agreed and built the causeway across the North Channel between Ireland and Scotland so the two giants could meet. It is believed that the story developed from the fact that across the waters there are basalt columns at Fingal’s Cave on the Scottish isle of Staffa that are near identical to the columns on the Northern Irish coastline. No matter what your age with scientific evidence like this who can possibly question the truth of the giants’ story?

With mythical stories, science, nature and breath-taking landscapes exploring the Giant’s Causeway couldn’t be a more varied and exciting experience. Walking in the footsteps of giants while admiring the unique composition of the land underfoot you are sure to create many lasting memories. From the refreshing coastal air, beautiful natural colours, crashing waves hitting the columns and the sounds of birds calling around you, this immersive experience is sure to be unforgettable and one to share with loved ones for many years to come.

There are several different options when it comes to viewing the Giant’s Causeway and completing explorations of this part of the coastline so be sure to research the options and consider which one will best for you. Some are more adventurous and challenging than others so be sure to plan your routes before you begin so that you do what is right for you and so that you can be sure of a memorable experience.