The Orient Express In Literature & On Screen

The Orient Express is an opportunity to immerse yourself in history, art, fine cuisines, comfort and pure luxury harking back to the 1920’s; an era that depicted style and grace in abundance just like the Orient Express itself. Rich fabrics, exquisite fine details, glossy wood panelling, stained glass and sparkling crystal – a world of unadulterated indulgence ready to be enjoyed. A unique and personal experience of travel that will take you back in time; akin to another world waiting to be explored. 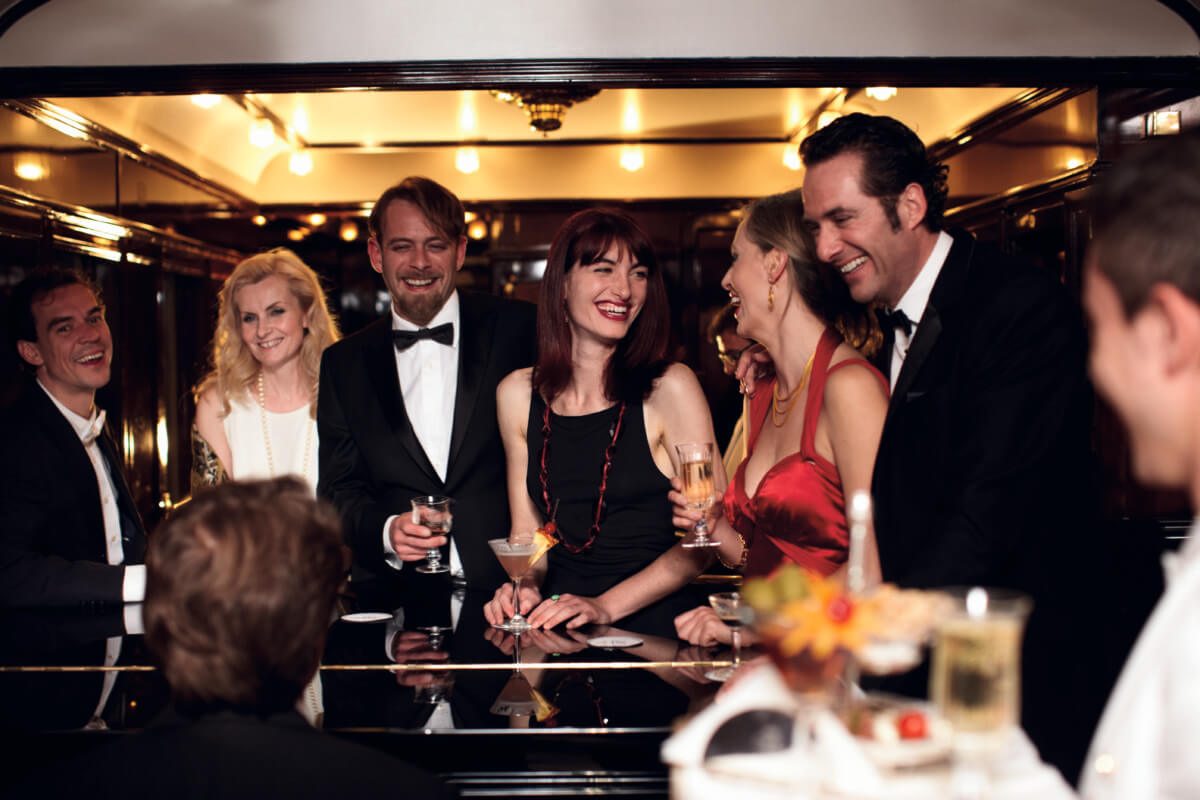 Hercule Poirot – Perhaps the most well known (though fictitious, of course)

The most famous and well known visitor of the Orient Express is actually a fictional character. The Belgian detective Mr Hercule Poirot.

Written by Agatha Christie, ‘Murder on the Orient Express’ is a murder mystery story where everyone on board the train is a suspect. First published in 1934 the book has been adapted for film on several occasions. First released as a film in 1974 and directed by Sidney Lumet, starring Albert Finney as Poirot, the film was a major commercial success and is now considered one of the very best adaptations of Christie’s work.

Most recently, 20th Century Fox commissioned Kenneth Branagh to direct and star as Hercule Poirot alongside many famous and well know names including, Jonny Depp, Michelle Pfeiffer, Penelope Cruz and the legendary Dame Judi Dench, in the tale’s latest adaptation. What could be more enticing than after fine dining and cocktails, enveloping yourself into crisp sheets pressed to perfection and delving into the pages of Agatha Christie’s iconic book under the soft lighting of your private cabin? It’s little wonder the story has been revisited so may times with such success. 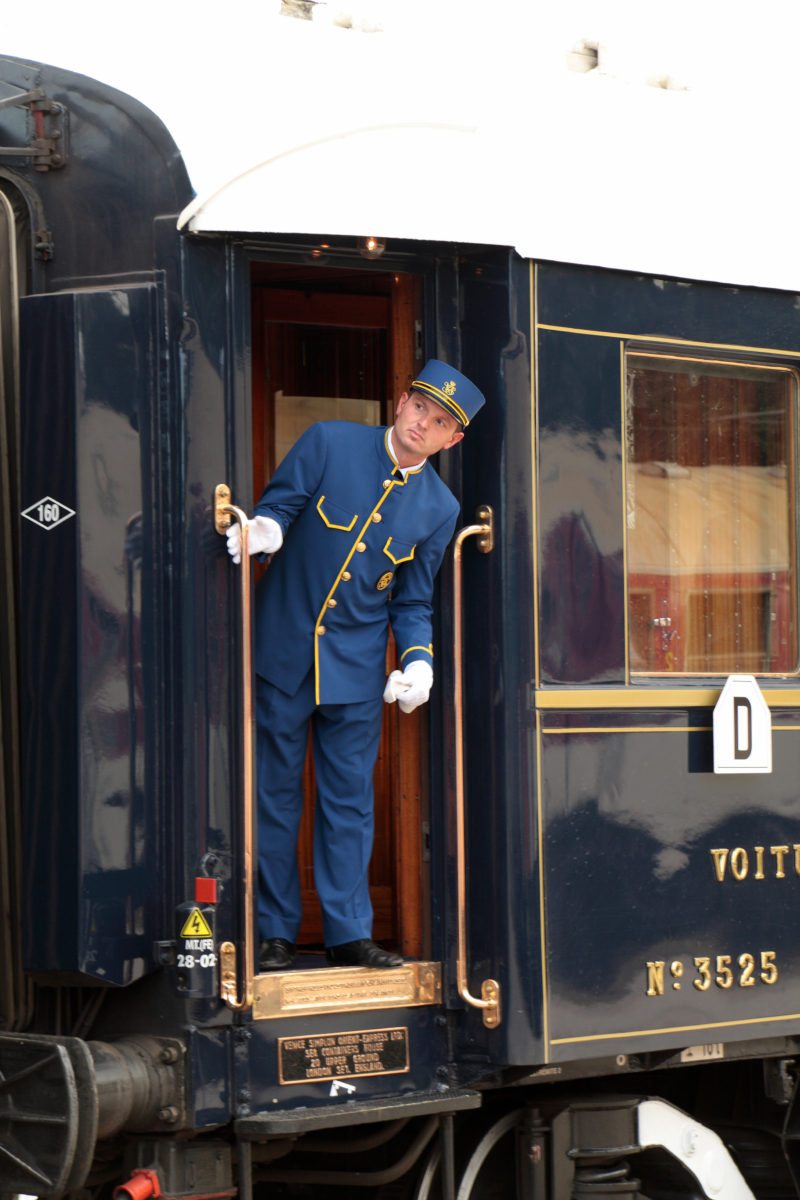 Another epic murder mystery set upon the famous train is Alfred Hitchcock’s ‘The Lady Vanishes’. A masterpiece of early British film. Released in 1938 starring Margaret Lockwood and Michael Redgrave, the film is an adapted version from Ethel Lina White’s story ‘The Wheel Spins’ by Sidney Gilliat and Frank Launder.

A stunningly beautiful English tourist is travelling on the Orient Express in Europe when she discovers that her elderly travelling companion has disappeared from the train, a mystery to delve into while the hours drift by in style and elegance.

The Orient Express alone is a stunning piece of art and history with its original 1920’s and 1930’s carriages carefully restored and maintained to authentic appearances with high standards of work. It is very easy to see why they would provide not only inspiration for stories and films but also the sets for films and fashion.

In the James Bond film ‘From Russia with Love’ Bond boards the Orient Express just as it departs from Istanbul.

Istanbul station itself is filled with history relating to the Orient Express, as the Orient Express service started in 1883 by the company ‘Compagnie Internationale des Wgons- Lits’ used Istanbul & Paris as their original destinations.

Style and fashion go together like cocktails and dancing, and so when Amelie director Jean-Pierre Jeaunet chose to film the Chanel No5 advert, it was clear to see why he chose the Orient Express as the backdrop for the classic and chic fashion design brand.

The advert took a month to film and starred Audry Tatou.

Creative director at Louis Vuitton, Marc Jacobs, also chose to close the Autumn/Winter 2013 show with a life size replica of an Orient Express carriage. On tracks, puffing with steam in the middle of the ‘Louvre’, Marc Jacobs’ models were dressed the part and alighted the carriage with Louis Vuitton luggage.

The Orient Express, a train that is clearly regarded as a highly luxurious way to travel, has had many famous royal visitors including Leopold II of Belgium and Carol II of Romania who were famed as on-board seducers. Tsar Nicholas II demanded custom built carriages and Ferdinand I of Bulgaria decided he would drive the train through his own Kingdom at great speed.