To the Foothills of the Himalayas 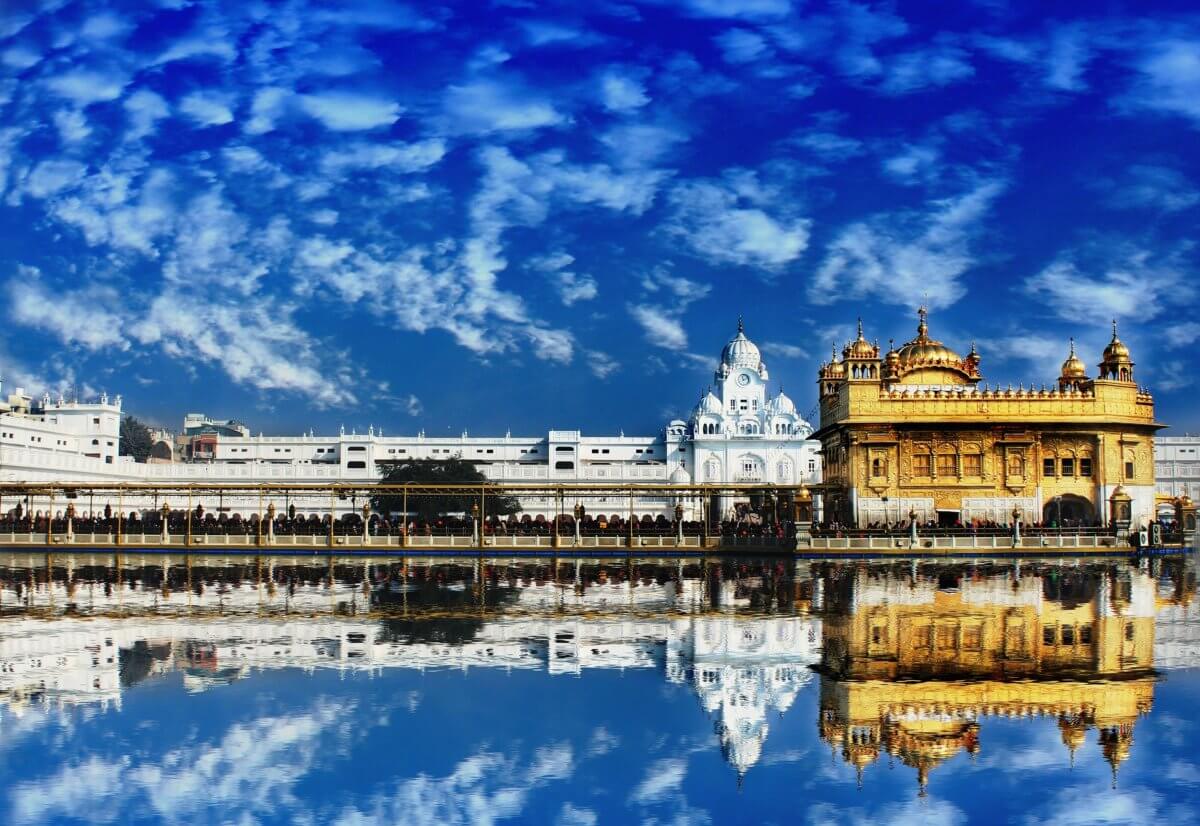 India is truly one of the world’s most diverse and enchanting countries. From the bustling metropolis of Delhi to the quiet mountainous retreats of Dharamsala and Pragpur, and from ancient and historic villages to glorious Sikh temples and imposing British architecture, the country covers a wide variety of highlights. Discover these contrasting areas – from the Pakistani border to the hilltop retreat of Shimla – on this magnificent tour. 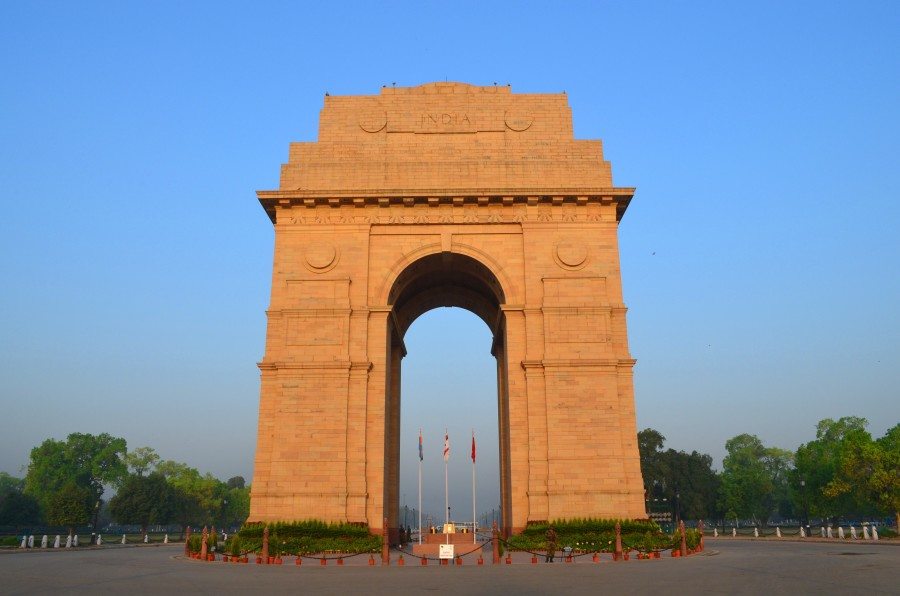 Your holiday begins as you arrive into Delhi’s International Airport. Here you are met representative from our partner company will meet you and transfer you to your hotel for your two-night stay, the glamorous Taj Mahal Hotel (5 star), Ideally situated amidst 6 acres of landscaped grounds. You might like to spend the afternoon relaxing at the hotel or start by discovering this fascinating city.

India’s capital and a major gateway to the country, Delhi is a bustling metropolis, which successfully combines in its many and varied folds – the ancient with the modern. Amidst the fast spiralling skyscrapers lie the remnants of a bygone era in the form of its many captivating monuments, which stand as silent reminders of the region’s ancient legacy. The first impressions for any visitor travelling in from the airport are of a spacious, garden city, tree-lined with a number of beautiful parks. 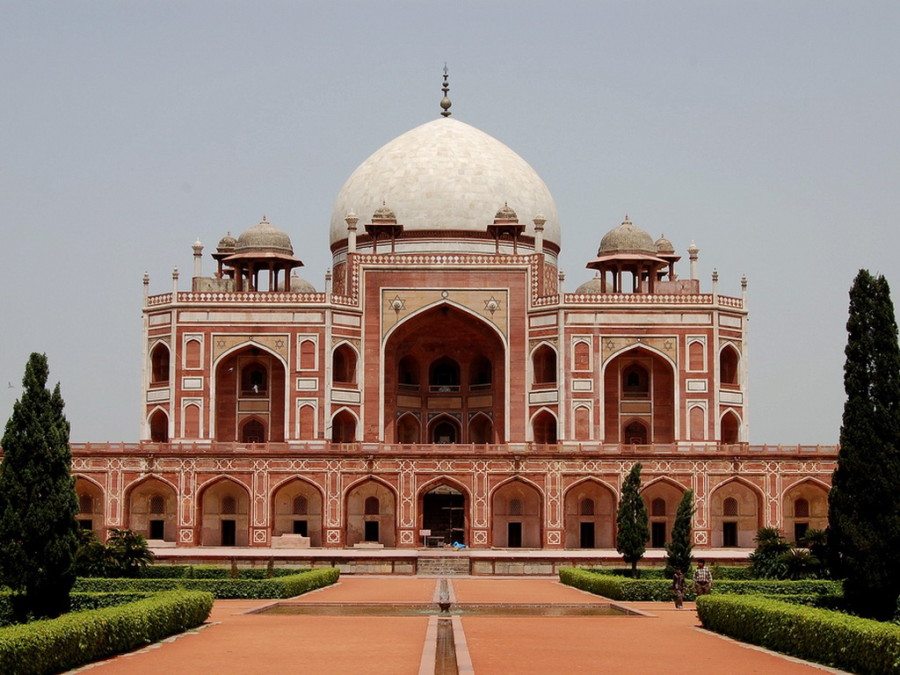 This morning after breakfast, you proceed for a full day combined city tour of Old and New Delhi.
(The Guide will meet you at the hotel at approximately 0900 hrs. unless you request otherwise).
In Old Delhi you will visit the 17th century Jama Masjid and walk through the narrow, winding lanes of colourful and bustling Chandni Chowk. You have the option of taking a rickshaw ride through these colourful, richly-scented bazaars. Then visit the Mughal Empire’s most opulent fort, the Red Fort for a photo opportunity, before you take a final stop at Raj Ghat, where Mahatma Gandhi was cremated.

This afternoon your guided visit continues to New Delhi. Your tour includes a drive past The Presidential Palace, the one-time imperial residence of the British viceroys, the India Gate, a memorial raised in honour of the Indian soldiers martyred during the Afghan war and a drive along the Rajpath past the Parliament House and secretarial buildings. You then visit Qutab Minar, the 12th century tower of victory built by a slave king and prototype of all minars (towers) in India before the last stop on the tour to the 16th century Humayun’s tomb, a precursor to the Taj Mahal.

Relax this evening in your hotel and perhaps indulge in some local speciality cuisine. 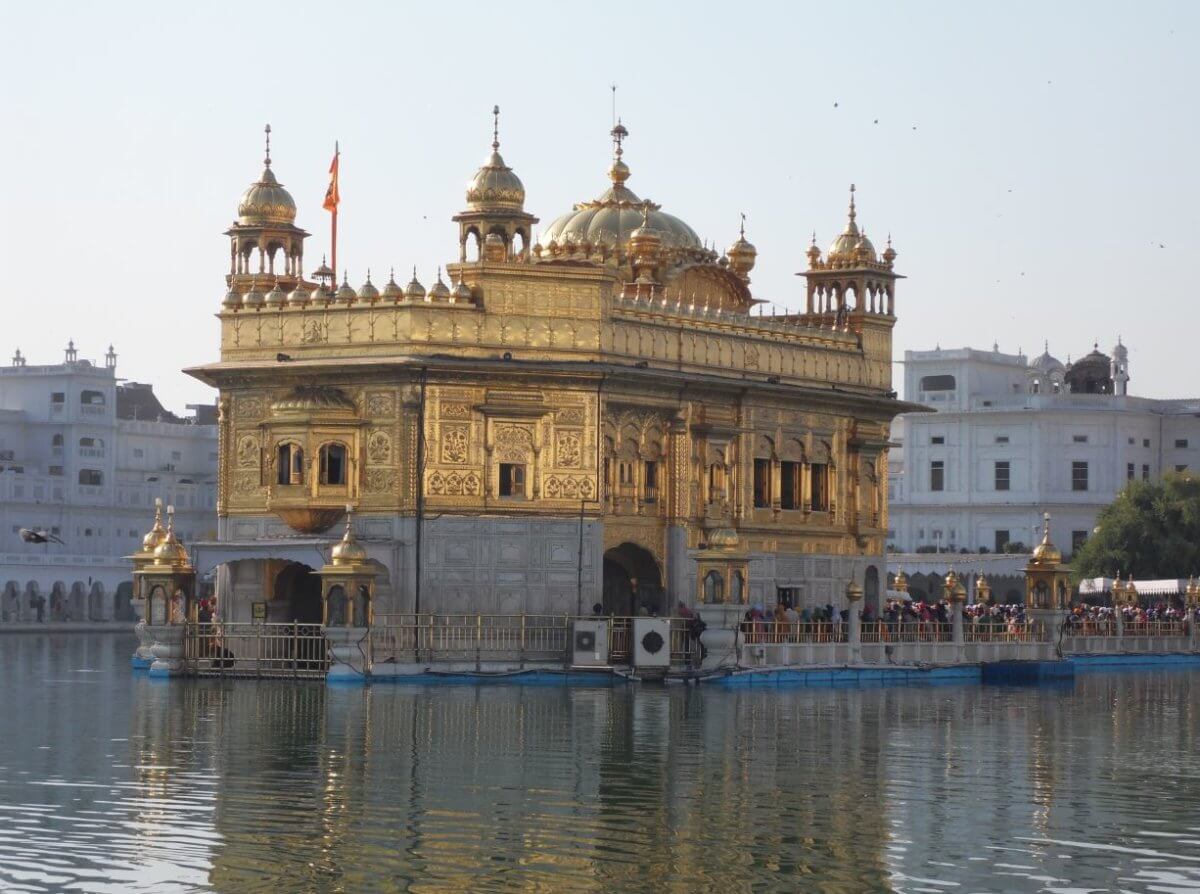 Today after an early breakfast your transfer will take you from your hotel to Delhi railway station for your journey to Amritsar. Relax and admire the changing scenery as you heard northwards through India. You then arrive in Amritsar in the early afternoon for a two-night stay at the Hyatt Hotel (5 star).

Founded by the 4th Sikh Guru, the city of Amritsar is widely regarded as the major centre of the Sikh religion. The most obvious manifestation of this is the magnificent Golden Temple, one of India’s most stunning landmarks. This evening, you see the temple as it is brilliantly lit up – with the lights all reflected in the water that surrounds the building – for the Palki Ceremony. This historic tradition see the Sikh Holy Book carried amongst adoring worshippers before being taken to its resting place for the night.

Day 4 – Sightseeing in Amritsar and the Wagah ceremony

This morning you take a tour of Amritsar, including of course the Golden Temple – the spiritual nerve centre of the Sikh faith. Here you see the community kitchen (langar) where volunteers feed 30,000 people daily. Later you continue to the historic Jallianwala Bagh, which commemorates the victims of the 1919 massacre.

Tonight you visit the Wagah Border – the dividing line between India and Pakistan – to see the impressive Changing of the Guard ceremony. Here you can see the decorative ceremonial costumes from both nations, and see the lowering of the flags on both sides. 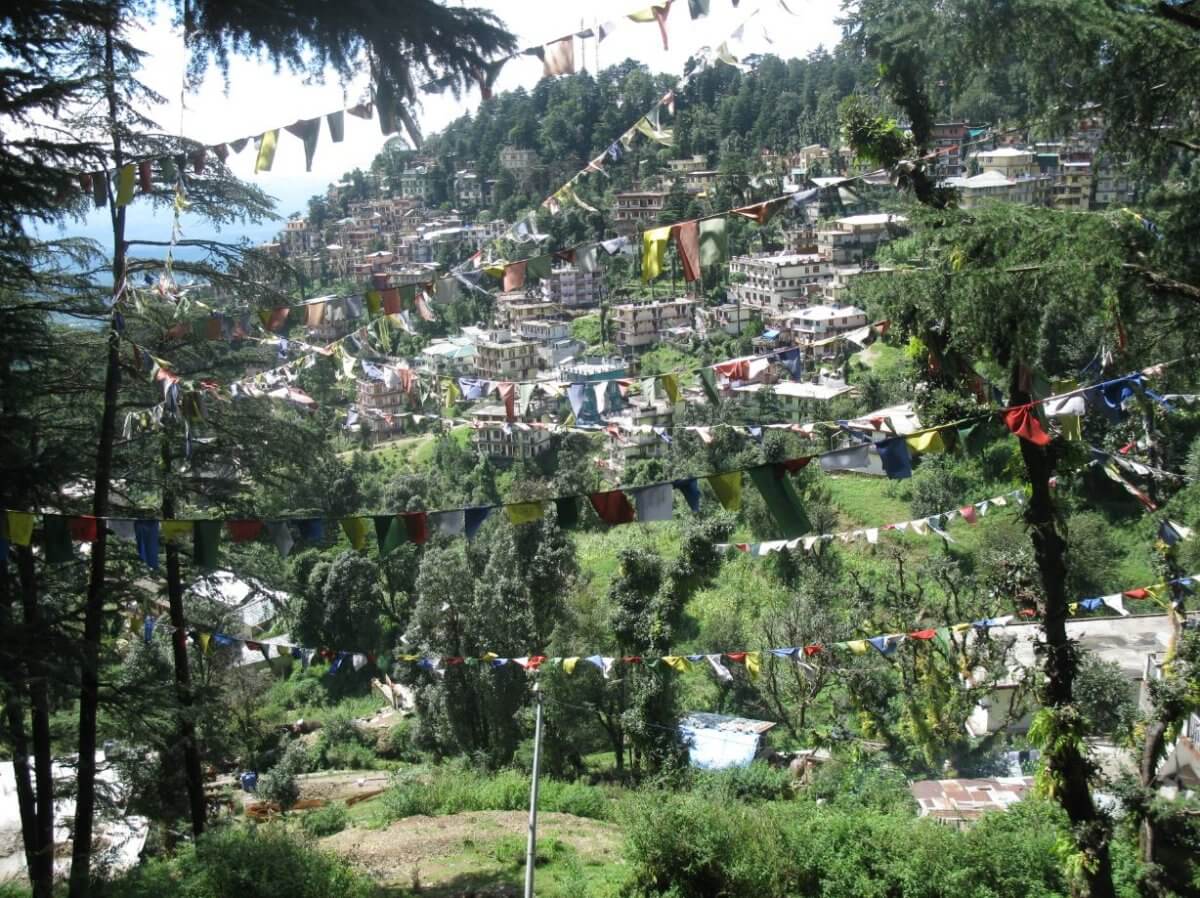 Today you leave Amritsar behind as you are driven north-east through India into steadily more mountainous territory to Dharamsala. Set on the Dhaula Dhar Range, Dharamsala is known as ‘Little Lhasa’ due to its place at the heart of Tibetan culture. Here you check in to your hotel for a two-night stay.

Enjoy a tour of Dharamsala and its cultural heritage today. This includes the upper town, also known as McLeod Ganj, which is the seat of the Dalai Lama. It is home to the Tibetan community and epicentre of religio-tourism centred around Tibetan Buddhism. You also see the colourful temple and Gompas, which reflect the culture of Tibet, an overview of the rich past, cultures and traditions of the region. 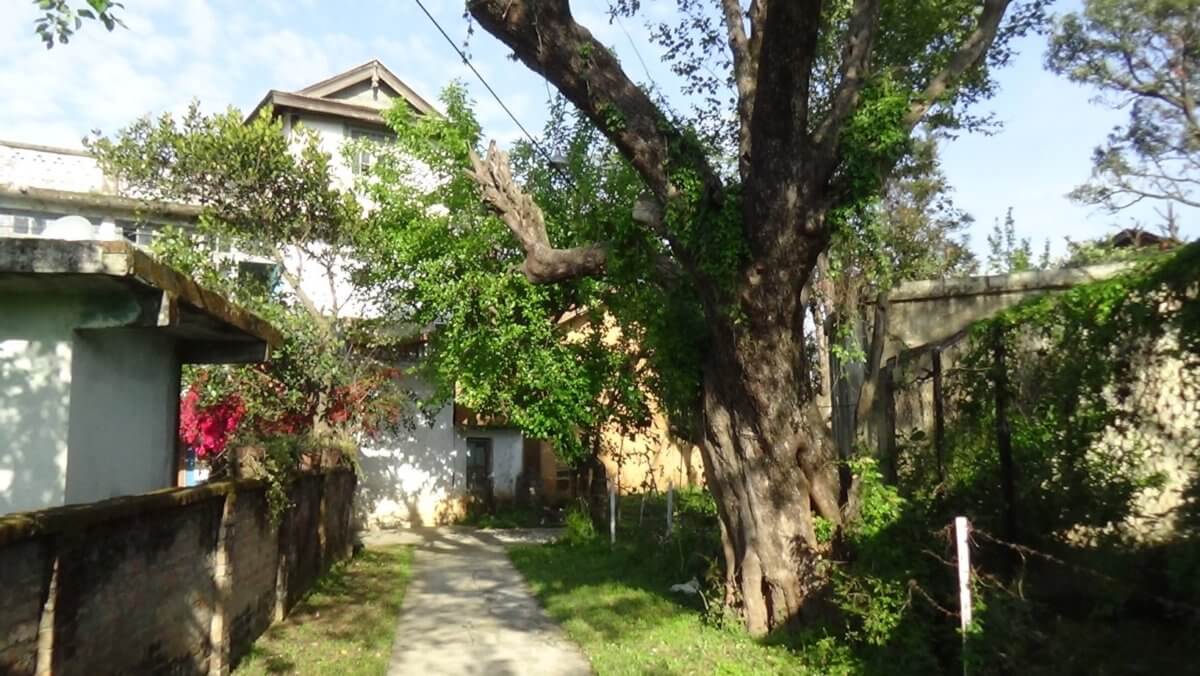 After breakfast in the hotel, today you bid farewell to Dharamsala as you drive further along the Kangra Valley to Pragpur. Arriving in the early afternoon for an overnight stay, you may wish to spend this afternoon exploring the Heritage Village of Pragpur or perhaps enjoy an optional excursion on the Kangra Valley Railway – a fascinating narrow-gauge line, and a great way to see more of this beautiful sub-Himalayan scenery.

This morning you drive to Garli village, a noted heritage village which retains a medieval feel. You then continue to Shimla, which became the fashionable retreat from the heat of summer during the British colonial years. Here you enjoy a two-night stay. 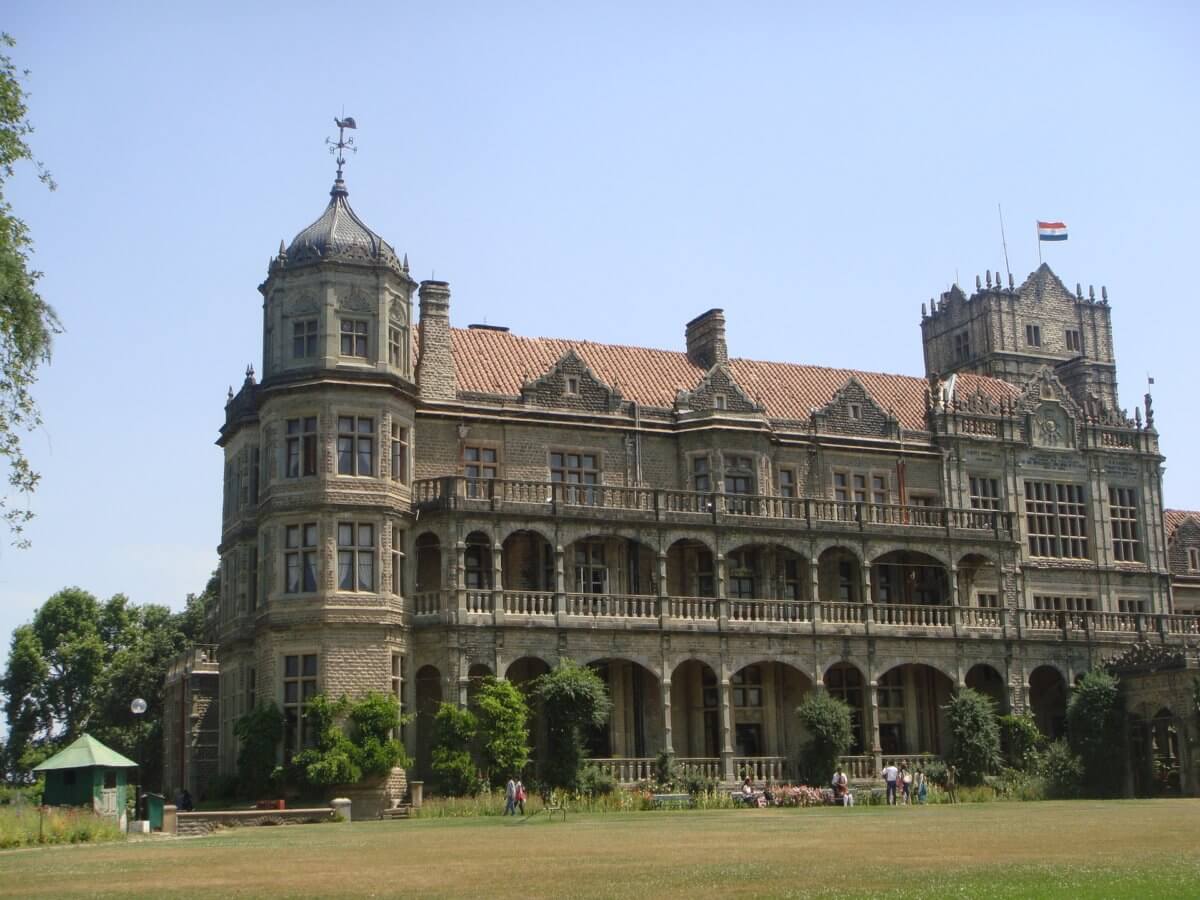 Enjoy a tour of Shimla today, taking in sights such as the Vice-Regal Lodge, which also happens to be the place where the partition of India into two countries, India and Pakistan, was planned on the world map. The British architecture here is amazing; the wooden work inside the building is still kept alive as it was during the British rule. The building is now used by Indian scholars and is called the Institute for Advanced Studies. After the tour of this impressive building, visit a Hindu temple containing shrines to the many and various Hindi gods.

In the evening, enjoy a leisurely stroll back along the Mall to Scandal Point. En route, it may be possible to have a quick look inside the Gaiety Theatre or Christ Church. Alternatively you might like to find a spot for refreshments whilst viewing the snow-capped Himalayan peaks (if the weather is clear) before you enjoy a further night at the hotel. 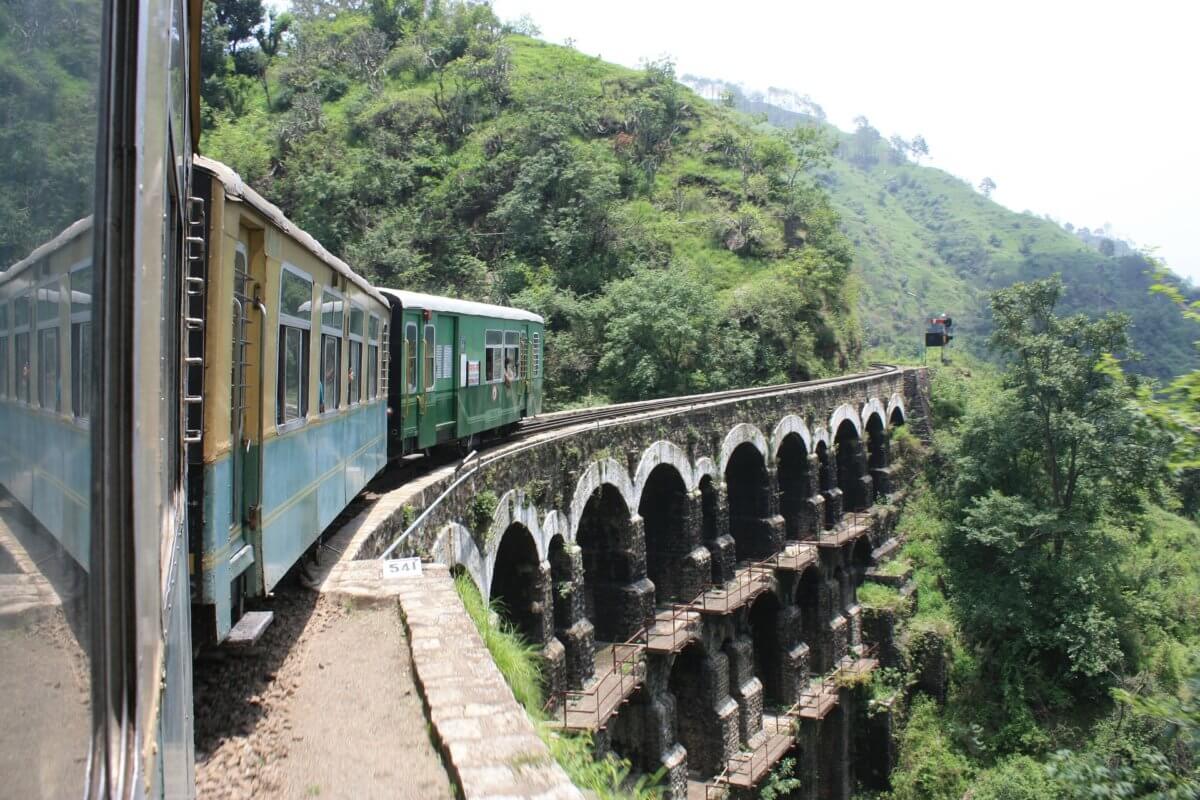 Excitement builds this morning as you a transferred to Shimla station for the UNESCO World Heritage toy train ride from Shimla to Kalka. Sit back and relax as you are transported back in time to relive one of the most scenic train journeys in India. Watch as the dramatic views of the hills and surrounding villages open up to you before you arrive into Kalka. Here you change trains and continue on your journey back to Delhi. On arrival into Delhi your transfer will swiftly return you to the Taj Mahal Hotel (5 star) or the final night of your holiday.

Today marks your final morning in India. Your transfer will pick you up from the hotel after breakfast and take you back to Delhi International airport for the connecting flight for your onward destination.