Travel on the Belmond Royal Scotsman between April and October 2022

There is simply no better way to experience the drama and wild beauty of the Scottish Highlands. Heading north on the Highland Line through Dunkeld and Blair Atholl to Inverness, passing Culloden, site of the 1746 battle, on the way. This journey is ideal for those who like outdoor activity – at Rothiemurchus Estate for example, there will be the opportunity to try your hand at clay pigeon shooting, venturing out with the Estate’s rangers on a Highland safari or just enjoying a Highland walk. This 2 night / 3 day itinerary is available from £2,795 per person on selected dates in 2022. 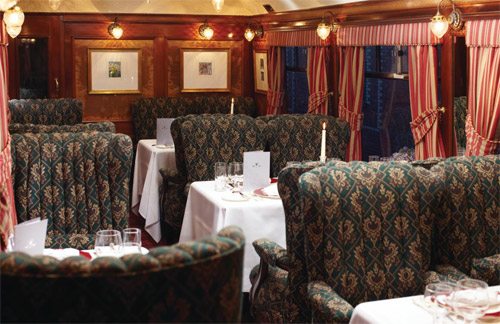 Day One: Edinburgh – Boat of Garten

The Belmond Royal Scotsman departs Edinburgh early afternoon and heads west through Linlithgow to Stirling, and past Gleneagles on your way to the “Fair City” of Perth. You then continue north on the Highland line through Dunkeld, Pitlochry and Blair Atholl. Once past the station you can catch a glimpse of Blair Castle before your onward journey to Boat of Garten for your overnight stabling. This evening an informal dinner is served, followed by entertainment in the Observation Car.

Leaving Boat of Garten after breakfast you travel by motorcoach to Rothiemurchus. The history of this estate is as varied as most of the Highlands of Scotland. Its diverse landscape comprises low-lying fields on the river flood plain, open heather moorland, forestry plantations and majestic Caledonian pine forest. Here you can enjoy a variety of activities including clay pigeon shooting or a guided tour of the Estate with one of the Park Rangers where you can learn about the local flora and wildlife. 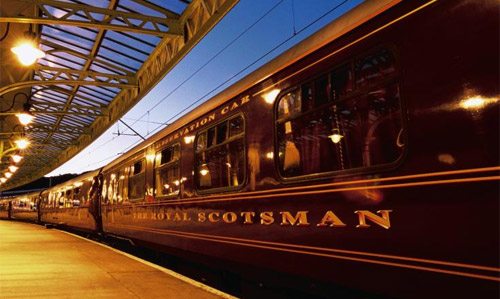 You rejoin the train in Aviemore and head north to Inverness. Enjoy lunch as you travel towards Culloden. Here you disembark for a private tour of this historic site of the last battle on mainland British soil in 1746.

You continue your journey this evening to Strathisla Distillary, which is one of the oldest working distilleries where you will have the opportunity to sample some of Scotland’s most famous whiskies.

You then continue east following the Moray coast through Aberdeenshire and Angus and enjoy a formal dinner (optional) as you travel south towards Dundee, for overnight stabling.

After breakfast, the train leaves Dundee and travels through the former Kingdom of Fife. You cross the Firth of Forth by means of the magnificent Forth Railway Bridge to arrive in Edinburgh Waverley where your wonderful journey ends.

Owned by Belmond Hotels, Trains & Cruises and operated by The Great Scottish & Western Railway Company, today’s Royal Scotsman set is thus the second to carry its name. The running order of The Belmond Royal Scotsman carriages is: Observation Car with verandah viewing platform; Dining Car Number One (Raven); Dining Car Number Two (Victory); State Car number one, two, three, four and five; and a Service Car. The sequence is in running order from the rear so guests can best enjoy the passing countryside.