Amiens & the Battlefields of the Somme by First Class rail

Prices from £599 per person 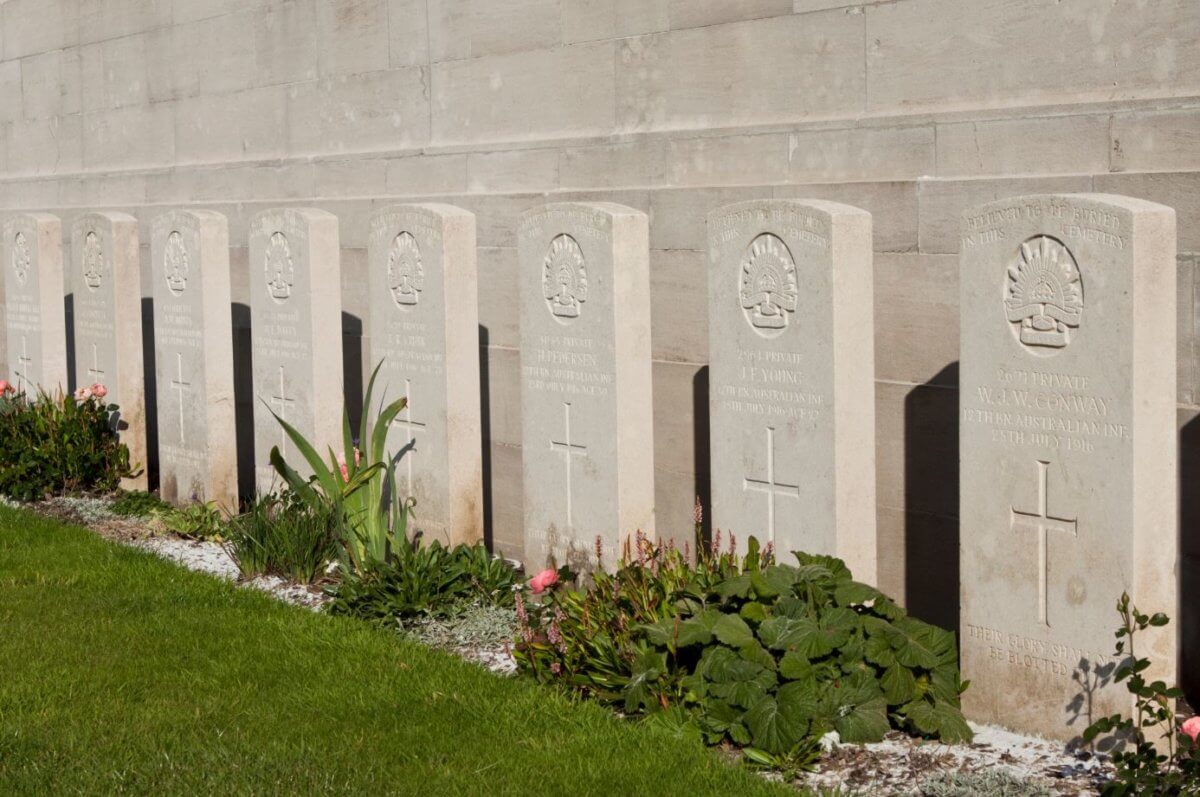 Visit some of the most important sites and landmarks of the First World War on this superb 4 day holiday by First Class rail, including 3 nights’ B&B in a double/twin room at the Chambre d’Amiens (3 star). Based in Amiens, you have time to discover the attractions of the city and take an intimate public guided tour of the Somme battlefields.

Alternatively, stay at the luxurious Hotel Marotte (5 star) including breakfast each day from £750 per person. 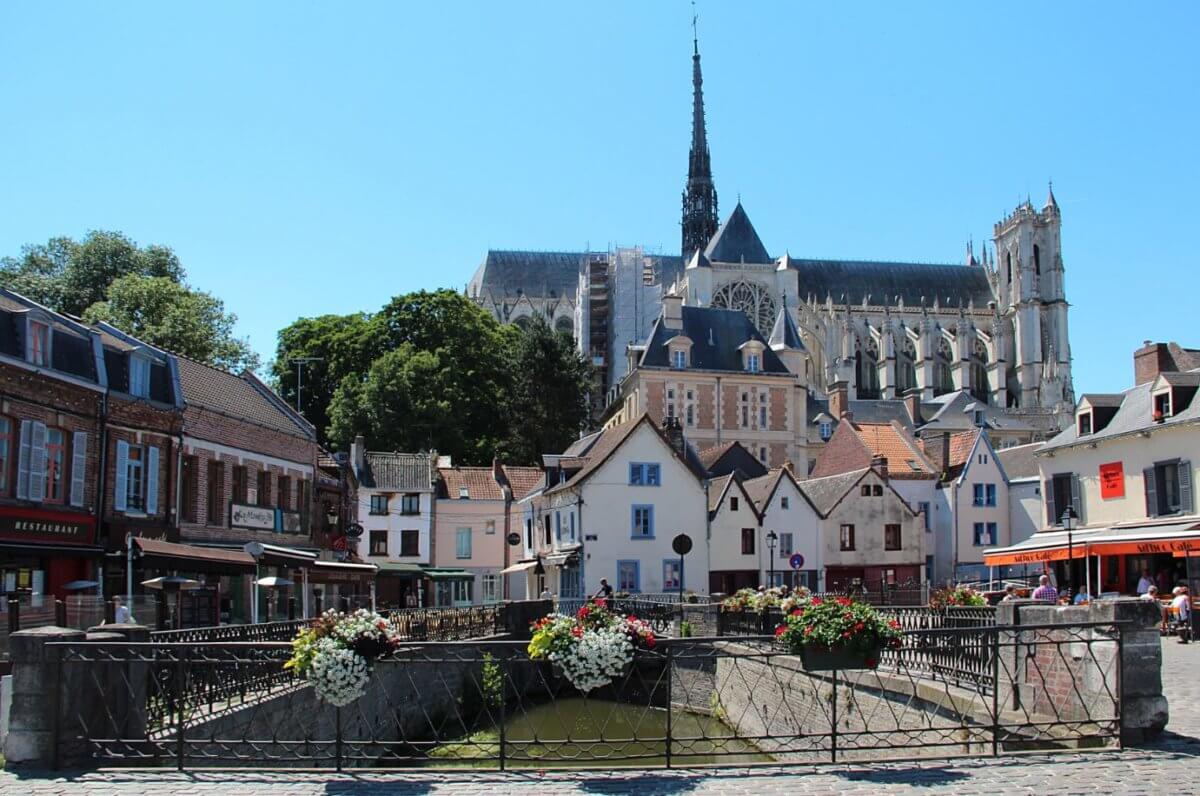 Your holiday begins as you arrive at St. Pancras International, the beautifully restored station in the heart of London. Here you join the Eurostar – sit back, relax and watch the countryside swish past as you travel to Lille at speeds of up to 186mph. Enjoy the light meal and drinks served on board in Standard Premier service (Eurostar’s First Class for leisure travellers). On arrival at Lille Europe station, you make your own way the short distance (550 metres) to the nearby Lille Flandres station for the onward journey on the regional service to Amiens. From here, you are within easy reach of your chosen hotel for the next three nights.

Day 2 – The Battlefields of the Somme 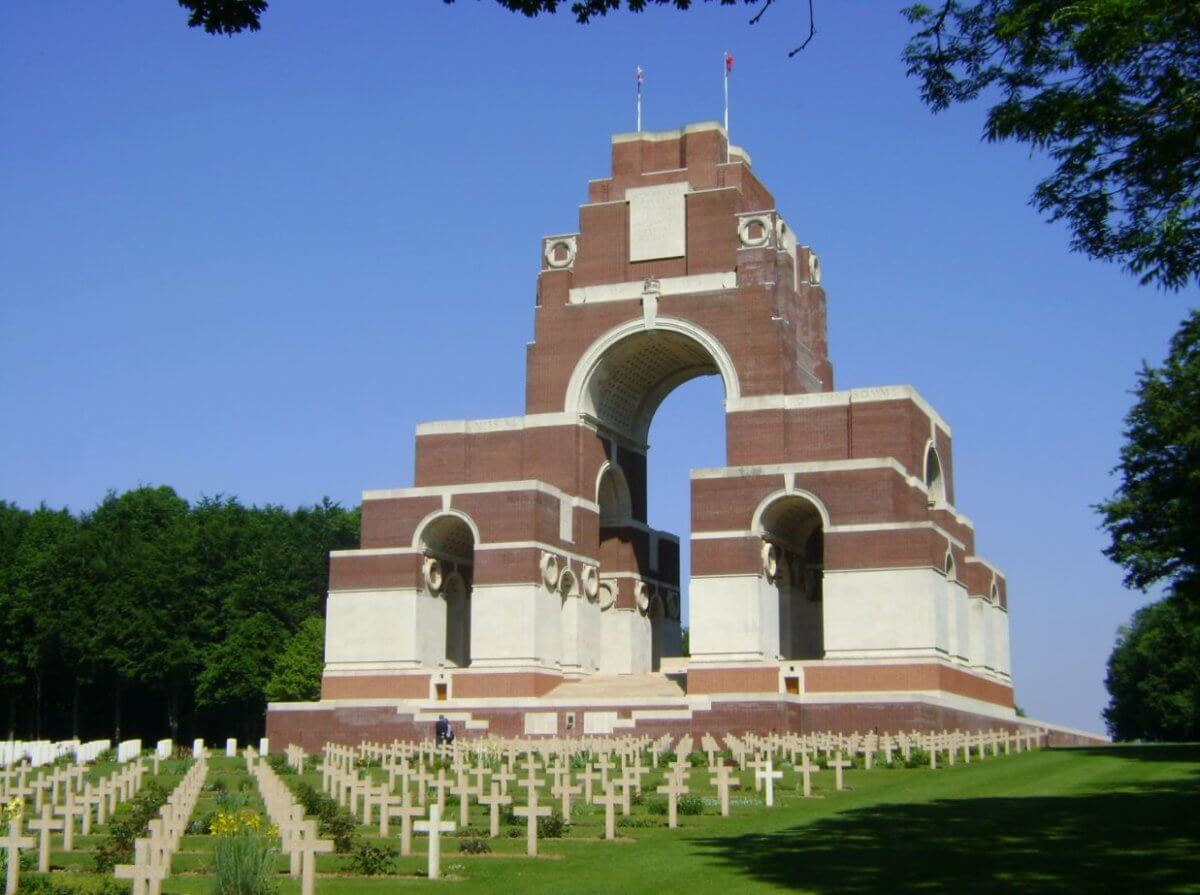 Today you join a local guide for an insightful tour of the Western Front at the Somme. This was the scene of some of the most intense fighting of the First World War. Whilst here you visit the Thiepval Memorial to the Missing of the Somme, which bears the names of 72,000 missing soldiers. Here you can also visit the fascinating visitor centre which tells more of the story of the massive conflict that took place here. During the day you also visit Lochnagar Crater, a crater which is almost 300ft wide and 70ft deep, formed by the detonation of an explosive-packed mine on 1st July 1916. You continue to Beaumont-Hamel, a memorial site dedicated to the bravery of the Canadian soldiers from the 1st Newfoundland Regiment. A preserved section of the front line can be seen here.

Your public tour also includes the Pozières Memorial, which relates to the events of March to August 1918, when more than 14,000 soldiers fell here before the final Advance to Victory. You also take in the imposing Ulster Tower, which is Northern Ireland’s national war memorial, and the Devonshire Trench Cemetery, which is the final resting place for a number of Allied soldiers.

Day 3 – At leisure in Amiens 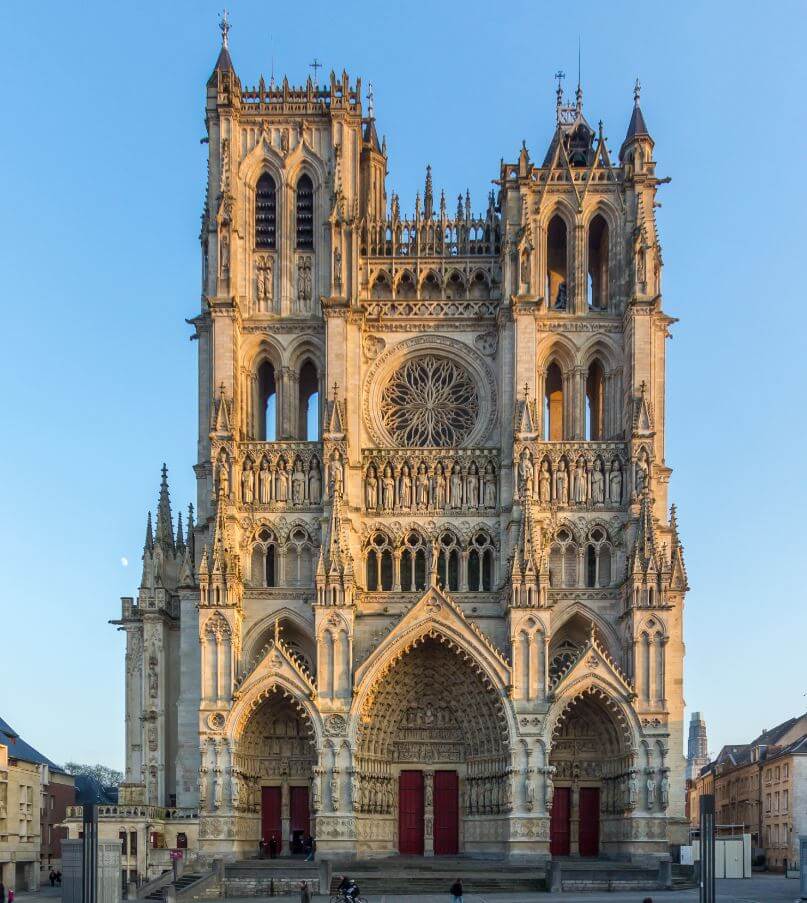 Make the most of a day to explore more of Amiens, the capital of Picardy. Perhaps the main attraction is the city’s magnificent Gothic cathedral, which is a UNESCO World Heritage site. The largest of its kind in France, the cathedral dates back to the 13th century and is also notable for its impressive stained glass windows, which bathe the rich interior in a variety of colours.

Take the time to stroll around the medieval Quartier St-Leu, the artisans’ quarter criss-crossed by a network of canals. The waterways are also home to the hortillonages – man-made island gardens that have been used as floating stalls, selling flowers and other produce since the middle ages. Other popular options include Jules Verne’s house, which was the author’s home for eighteen years and tells the story of his life and work over four floors.

Alternatively, you may wish to take in more remembrance sites of the First World War. Perhaps take the train to nearby Arras and visit the Carrière Wellington, a network of tunnels and galleries where as many as 25,000 Allied soldiers lived under the city during the conflict. You can also learn more about the 1917 Battle of Arras, in which much of the city was damaged. Alternatively, you may prefer to head to Noyelles-sur-Mer and join the heritage Chemin de Fer de la Baie de Somme steam-hauled railway (pictured below). You can learn more about the role this line played in the war as you take in the attractive coastal scenery. 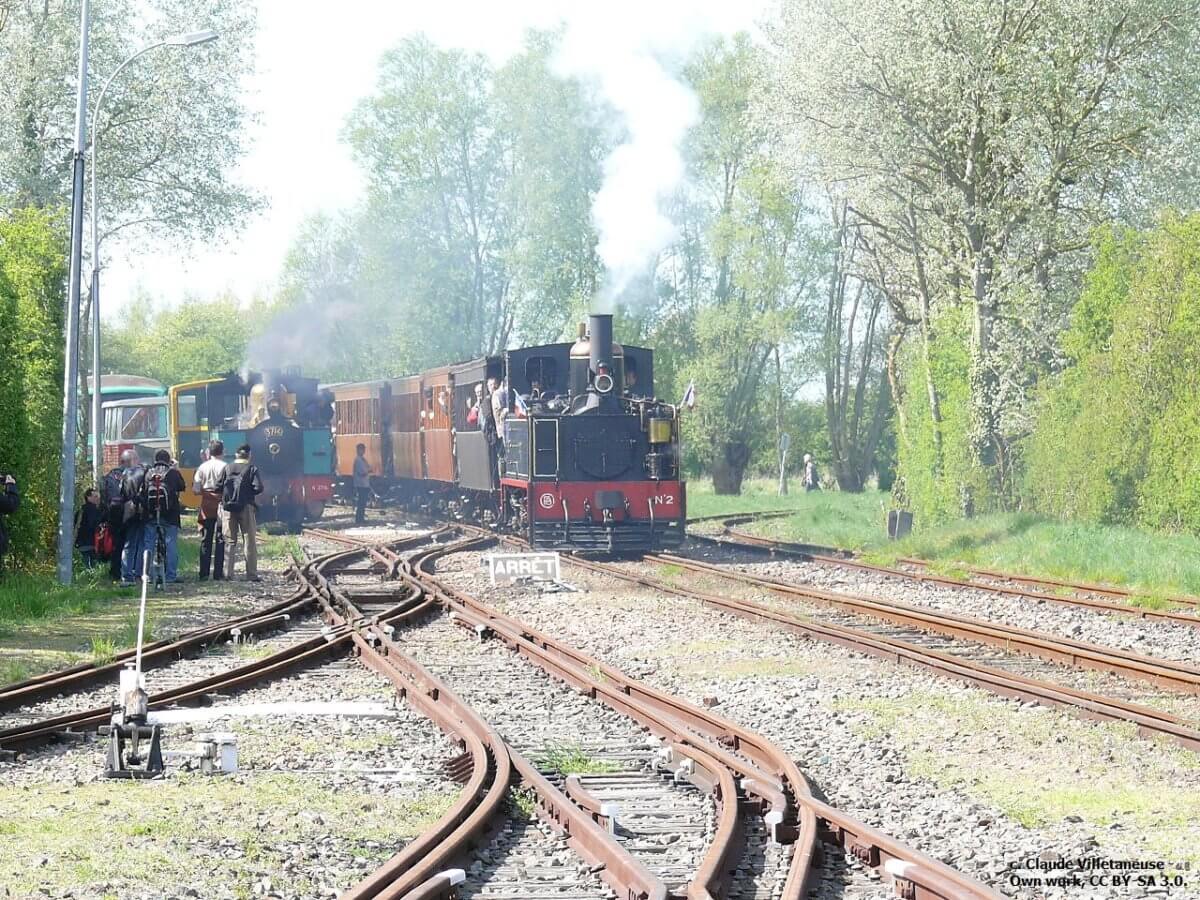 After breakfast at the hotel, today you return to the station for the journey on the local train to Lille Flandres. From here you make your way to Lille Europe station to connect with the Eurostar service to London. Take the time to reflect on the sights and experiences of the last few days over your light meal and drinks, as you return to St. Pancras International.

La Chambre d’Amiens (3 star) enjoys a convenient setting close to Amiens town centre and its tourist attractions, including the stunning cathedral, Hortillonnages, Jules Verne house, Tour Perret and the Saint Leu district. It is also an excellent base for visits to the WW1 battlefields of the Somme. The Lachambre family welcomes you to this peaceful and unusual hotel with its modern comforts and friendly atmosphere. The interior reflects the history and rich heritage of Amiens and the Somme. The décor of each floor invites you to discover different aspects of the region: history and art, nature, city and modernity and (last but not least) its water. The highly-rated hotel benefits from a garden, terrace and shared lounge. Free WiFi is available throughout the hotel. All of the 25 comfortable modern rooms have a private bathroom and free toiletries, and some rooms have a balcony. Each room has a desk, flat screen TV and a welcome tray with a kettle for a morning cuppa. The hotel is about 2.5km from Amiens main station.

The Hotel Marotte (5 star) is an elegant boutique hotel with just 12 rooms and suites, housed in a classic 19th century building with a very modern extension. It is ideally situated for exploring Amiens, being both close to the station and within easy reach of the city’s main attractions. Beautifully appointed throughout, the hotel’s facilities include a tea room – offering an array of cheeses, charcuterie and pastries – in addition to a champagne and wine bar and a terrace. The stylish rooms feature a flat screen TV and a minibar along with other typical amenities for hotels of this standard. Free Wi-Fi access is available throughout the property.