The Delights of Danish, Swedish and Norwegian Cuisine

When thinking of Scandinavian cuisine many people conjure up images of pickled herrings or meatballs at their local Ikea cafe, however the Nordic cuisine is rich and diverse with distinct differences between countries and regions. 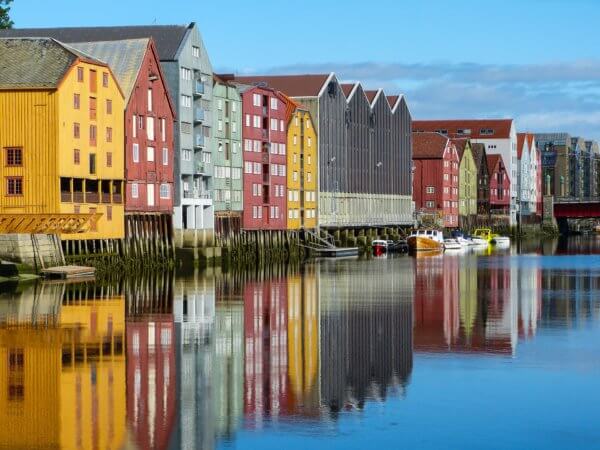 A culinary revolution has taken place in the last few years with a highly regarded reputation for world class restaurants and aspiring young chefs. The Scandinavian diet is one of the healthiest in the world due to its abundance of fresh berries, oily fish and wholegrains.

So when you’re planning your trip through Scandinavia, we wanted to give you a little taste of the food and drink that Denmark, Sweden and Norway have to offer…

The opening of two Michelin star restaurant ‘Noma’ in Copenhagen, Denmark in 2003, sky rocketed Copenhagen into the forefront of the New Nordic food movement with its quality, seasonal produce combining traditional methods with new techniques.

Often considered one of the finest restaurants in the world and averaging 20,000 calls on the one day a month it takes reservations, you can see why Noma has helped put Scandinavia on the world food map. If you would like to eat at the new evolved Noma we suggest you get your phone on speed dial…

Pork, fish and vegetables are the staples of traditional Danish cuisine, with the official national dish of Denmark being a hearty and warming pork recipe named ‘Stegt flaesk med persillesovs won’ (translated as crispy pork with parsley sauce’). The belly pork is traditionally fried, however most Danes now cook it in the oven, and serve with parsley sauce and potatoes. 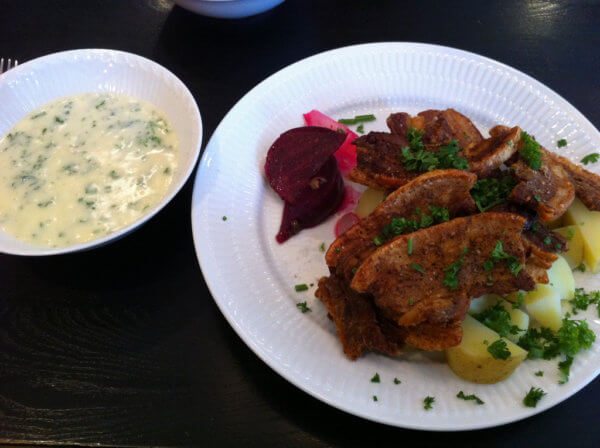 Not commonly known around the world is that hotdogs are an everyday feature of Danish culture. Hot dog vendors with their hotdog stands are widespread, and have been feeding the Danes this ‘fast food’ for the past eighty years.

Not the most gourmet of foods but fantastically tasty; try one for yourself and see what all the fuss is about.

Denmark is world famous for its pastries and with good reason. With its many bakeries creating delicious breads and pastries, a visit to Denmark wouldn’t be right without indulging in a delicious flaky Danish pastry. Try a ‘onsdagssnegle’ (sticky cinnamon roll) at Copenhagen’s oldest bakery –The Sankt Peder’s Bakery in the Latin Quarter for a truly authentic Danish experience.

You can’t discuss Swedish cuisine without mentioning the smorgasbord. Literally translated as ‘bread and butter table’, the word traditionally describes a table spread of home cooked food such as beef, meatballs and smoked fish. So popular the word is now often used to describe a buffet in many countries.

Lingonberries are a staple food in Scandinavia cuisine. Native to Scandinavia and found in abundance in the forested areas of Sweden, these little red berries are traditionally collected to make jam. Identified as a so called ‘superfood’, containing high numbers of antioxidants and antibiotic properties, Lingonberry jam (which tastes a little like cranberry jam), is served with just about anything including black pudding, stew, fish and on savoury pancakes (or Raggmunk as they are called in Sweden). Raggmunk are pancakes made from potato, onion and garlic, often served with bacon which remains a very popular local dish. 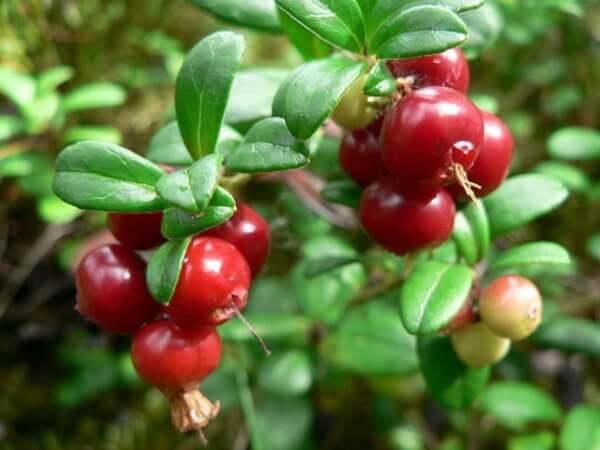 The cuisine in Norway is more heavily based on fish compared to its neighbouring countries. Its long coastlines and many fjords produce vast quantities of varieties such as salmon, mackerel, and cod. A favourite is ‘gravadlax’- a simple delicious meal translated as ‘buried salmon’ using dill, sugar, and salt to dry cure the fish and often served with a dill and mustard sauce with sliced bread or potatoes.

Other traditional foods enjoyed by the Norwegians include rye bread, rosehip soup, crispbreads, and cloudberry jam (a delicacy often referred to as ‘arctic gold’). Dill, or the ‘garlic of the north’ is very popular and is used to season a vast array of foods. In terms of meat, Norway produces a great deal of duck, moose, lamb and reindeer.

Krumkake is a Norwegian waffle cookie popular with all ages. Translated as ‘bent cake’, the krumkake is cooked in an iron griddle, wrapped around a wooden spoon to create a cone and then filled with wonderful sweet fillings such as whipped cream and berries. Delicious. 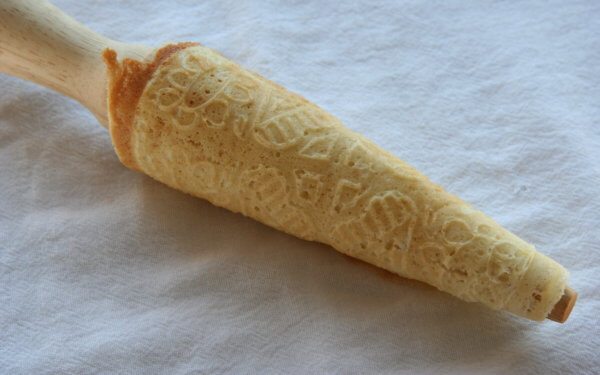 Norwegian chefs have developed a worldwide reputation, thanks to its three Michelin star restaurant Maaemo in Oslo, and its numerous local food festivals including the Trondersk matfestival in Trondheim.

Interestingly, the people of Scandinavia are huge coffee and milk drinkers. The consumption of milk in Sweden is one of the highest in the world with milk often being served alongside the main meal. Aquavit is probably one of the best known Scandinavian alcoholic drinks. Produced since the 15th century, this spirit flavoured with dill and caraway is often consumed as an aperitif or at social gatherings and traditionally a shot is drunk after singing a song called a snapsvisa. 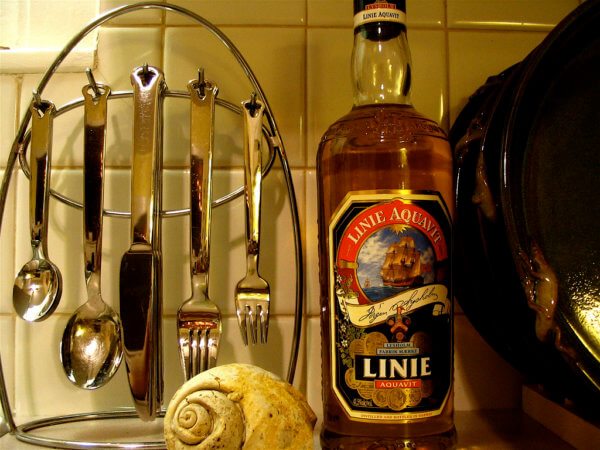 Of course this article only scratches the surface of the culture and history behind the great foods of Northern Europe, and the diverse tastes of each individual country in Scandinavia  -if you’re appetite has been whet the ’The Grand Arctic Circle and Scandinavian Overland adventure’ may be the ideal trip for you this year. An incredible 21-night adventure, including the capital cities of Copenhagen, Gothenburg, Stockholm and Oslo with overnight stays in Trondheim and Gallivare to name just a few.