A brief look at the Cannes Film Festival 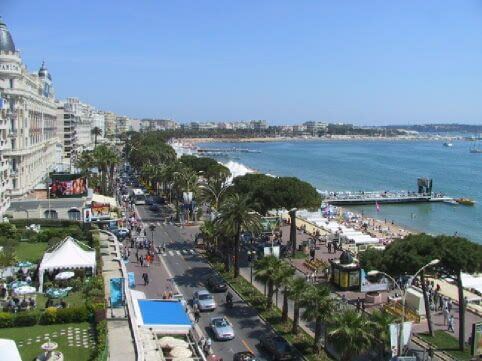 Famous, picturesque and stylish in so many ways, it has to be Cannes.

The resort town on the French Riviera is known for the Boulevard de La Croisette that curves along the coast gleaming with glitz, glamour and style, not bad for what was originally a tiny fishing village in the 1830’s.

Immaculate sandy beaches shimmer in the sun, a tempting array of high-end boutiques ready to explore and palatial hotels to retreat to, it is of no wonder that Cannes is now a highly desirable location to explore the Cote d’Azur and of course soak up the atmosphere of probably the most famous International film festival in the world.

In 1939 the debut of the Cannes Film Festival was scheduled, but due to the outbreak of World War II the festival was cancelled.

It wasn’t until 1946 after the War that the French Provincial Government approved a revival of the festival as a way of enticing tourists back to the French Riviera. Included on the festival line up were the Austrian American Bill Wilder’s ‘The Lost Weekend’, Italian director Roberto Rossellini’s ‘Open City’, French Director Rene Clement’s ‘The Battle of the Rails’ and British director David Lean’s ‘Brief Encounter’. Creative experience was the greater focus alongside the competition.

The festival struggled and faced many challenging times due to economic reasons but in 1952 the festival got a permanent residence at the Palais des Festivals and in 1955 the Palme d’Or (Golden Palm) award was introduced, of course an ode to the palm-planted Boulevard de La Croisette.

Today The Palais des Festivals is a chic minimalist modern building with a red carpet and features the Allee des Etoiles – Cannes’ ‘Walk of Fame’.

Although a ‘Trade Show’ for the film industry, it certainly isn’t just for the famous and well known. 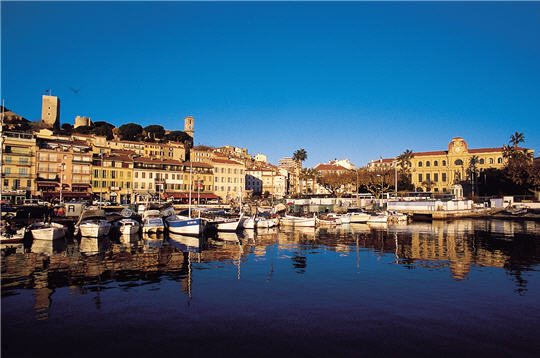 Everybody can enjoy the atmosphere the festival brings to the town, the exciting buzz of a world famous event nestled in the luxury and stylish surroundings. An energy boosting coffee or a crisp refreshing glass of champagne will certainly be a new experience amongst the bustling atmosphere of the festival.

There is plenty to tempt the senses and it is not all projected on the big screen, live music, performances and art all fill the town during the festival so be sure to wonder around soaking up all that Cannes has to offer.

Open to all are free screenings at the Cinema de la Plage and don’t forget to get dressed up as you star gaze as the A-listers arrive on the red carpet for the world famous screenings.

More than 30,000 people now attend over the festival period. Feel like a movie star yourself and after a sun kissed day, a fine dining delight take a moment to select your most glamorous attire and let your senses enjoy the delights, atmosphere and surroundings of Cannes and its famous film festival, you never know who you might see from the big screen or witness the rising of a new star.

To find out more about planning a trip that includes a visit to the idyllic Cannes, wether during the festival or not, contact us on 01347 825292 for advice and ideas.