A brief look at Budapest 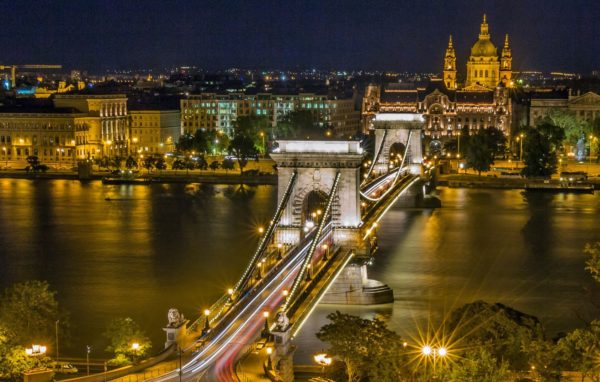 Sitting on the banks of the River Danube, Budapest, the Capital of Hungary, is a unique city that is made up of two separate cities coming together as one. Crossing the Danube River is a 19th-century chain bridge and it is this exquisite piece of structural engineering of the Széchenyi Bridge that unites the two. Coming together as one in 1873 the cities are at times often still spoke about as separate places Buda and Pest and although both nestle separately on the Danube they are very much united. It is this unity that provides Budapest with the title of ‘Queen of the Danube’ or ‘Pearl of the Danube’ and its varied mix of cultures and unique set up creates a city like no other and one that is longing to be explored.

Gracing the banks of the Danube with its vast and impressive stance is the Parliament buildings, home to the National Assembly of Hungary. Immense yet at the same graceful and delicate the architectural details of statues, spires, dome and the eclectic mix of Baroque, Gothic and Neoclassical styles are a sight not to be missed, especially lit up at night with the stunning water reflections.

Buda Royal Castle, also known as Buda Royal Palace, is another breathtaking feat of architectural splendour that towers over the Danube with a powerful presence that is together dramatic and romantic. Baroque details flow all around the columns, arches and fine details that adorn the architectural façade. The sheer scale of the setting will overwhelm you with its wonder. This is definitely the perfect home for the Hungarian Kings of Budapest. Spend time meandering the setting, soaking up the scale and drama this Palace provides and don’t forget to capture the views from the beautiful terraces, steps and gardens and when lit up at night the Palace takes on a magical presence.

Steeped in history and providing a unique way to travel is the Buda Hill Castle Funicular. A quaint set of carriages will take you up or down the hill providing you with not only a historical experience but also the opportunity to take in the views over Budapest. The Funicular is the second oldest in the world and has been transporting people since 1870. The simple yet effective system of weights and counterweights is used to pull the carriages and provides a short but lovely way to experience the panoramic views over the Daube.

One of the most important religious buildings in Hungary is St. Stephen’s Basilica named in honour of the first King of Hungary, Stephen. The spires, columns and dome add drama to the exterior and the beautiful delicate architecture welcomes you in to explore the magnificence and grace this Roman Catholic Basilica encapsulates. Full of breathtaking details, ornate gold and a dramatic roof, this certainly is a special place to take a moment to reflect and absorb all that you have experienced. Taking the time to head to the base of the dome will provide you with beautiful views and often beautiful classical music can be heard from the orchestral concerts that regularly play within.

For something completely different why not head to the largest ‘medicinal’ bath centre in Europe. At the Szechenyi Baths set within a Neobaroque Palace that was built in 1913, especially to host the baths the waters flow from two thermal springs and are rich in sulphates, calcium, magnesium, bicarbonate and fluoride. All believed to have a positive effect on the body, especially joint issues. With thermal pools, steam rooms, massages and beauty treatments this is a great place to unwind and relax. Day or night, indoors or out, the soothing waters of the baths provide a tranquil atmosphere to experience the history Budapest has with Spa Baths right from when the Roman Settlers first built them to the modern benefits of water on the body for healing and wellbeing.

Budapest has something to delight everyone and this is only a taster of what is on offer in this unique and eclectic city. Whatever you choose to explore don’t forget to capture the memories to share with family and friends.