A brief history of the Eiffel Tower 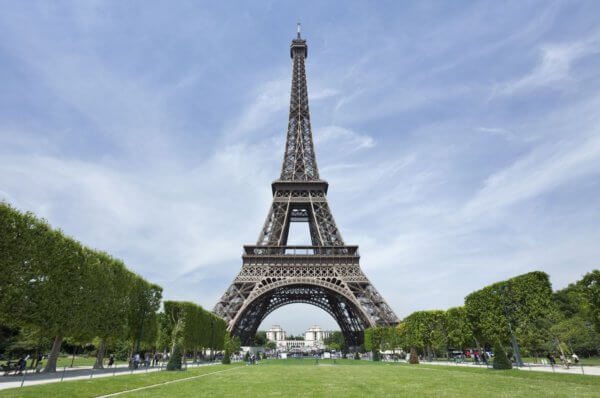 Definitive, bold and prominent on the skyline of Paris, a structure that was only ever meant to be temporary, a piece of architecture that stands so tall and proud creating a focal point for the city. A landmark so grand. It can only be the Eiffel Tower.

Instantly recognisable whether in the pages of a book, photograph or while sightseeing, the Eiffel Tower has become an iconic landmark of Paris that is known all over the world and famous for being one of the most romantic pieces of architecture. So how on earth did a tower that was only ever meant to be temporary become so permanent and well known?

Gustave Eiffel an entrepreneur, Emile Nouguier, Maurice Koechlin both engineers and an architect named Stephen Sauvestre won a competition to design a tower that would celebrate the 100th anniversary of the French Revolution at the World’s Fair of 1889. The engineers asked Stephen Sauvestre to help them develop the aesthetics of the tower to enable a design that had public appeal. The original structure featured monumental arches, stonework pedestals at the base of the tower legs and large glass-walled halls on each level along with very ornamental details to adorn the tower structure itself. In the end, a simplistic version of the design was decided upon using the arches and latticework structure the tower is so instantly recognisable for today.

Although this was an exciting project and would provide the city with an architectural masterpiece many people opposed the design and were concerned it would detract from the elegant, refined beauty of the city. If only they knew how spectacular the tower would become and how monumental it would be for the future of Paris and all its beauty. The Tower was only meant to stand for 20 years but when over two million people came to visit the structure and the city of Paris during the World’s Fair of 1889 the people’s views began to change.

The architectural structure featured 7,300 tonnes of iron, 2,500,000 rivets, 60 tonnes of paint, 150 plus workers in the factory and 150-300 workers on the construction site itself, this was a project of epic proportions and was supported by a hardworking workforce that completed the tower in 2 years, 2 months and 5 days. The Eiffel Tower is also a monument to their hard work and dedication as working conditions would not have been easy and health and safety standards wouldn’t have been what they are today for employees.

It is easy to see why this piece of architecture has become a wonder for the world to see. As well as being bold and domineering on the skyline of Paris, the tower is also graceful and beautiful. Its delicate ironwork details set in repetition create a stunning piece of art that oozes style and sophistication, and whether you are stood beneath the structure looking up, entwined within its construction or admiring the views from the very top this tower is breathtaking.

Thankfully the Eiffel Tower became a lasting feature of the city, as to imagine Paris today without it is impossible.